The walk to work is 28 minutes, door to door.  Achumani to Calacoto. Both are neighborhoods of La Zona Sur, the southern zone of La Paz.

The southern zone is the wealthiest area of the city. Here is where you find the embassies, the trendy coffee shops, the upscale restaurants, and the headquarters of many international non-governmental organizations. I work in an office now, so I wear slacks and blazers and leather shoes that need to be polished.  On my walk to work, I share the sidewalk with other people dressed in business clothes, their headphones in, eyes up and alert to the frenetic pace of the traffic. I also share the sidewalk with indigenous families. The women’s billowed skirts sway as they shuffle down the street, bolero hat perched on their heads. We all hurry to our next appointment, but I stick out.

Nothing screams foreigner in La Paz like red hair and a lunch box.

Bolivia is in a water crisis. Climate change has evaporated the glaciers that feed the city.

The government is now rationing the water for La Paz.  Allegedly, water comes to La Zona Sur on a three-day rotating schedule, the water cycling through the barrios. But I have yet to see proof of distinguishable system. Water comes from the tap, or it doesn’t. When the water does come, I fill up gallon jugs in my fridge and my electric kettle.

When I first arrived, I asked my boss if I could drink the water. Maybe he was distracted, maybe he misunderstood, but he said yes. I drank the tap water for five days.

On the fifth day, I met an American, who when I asked her about drinking the water, stared at me open-mouthed: “Absolutely do not drink the water.” She said. And then continued, incredulously, “I can’t believe you’re still standing.” An intern in her office was sent back to the United States after she contracted typhoid from the water. “Don’t drink the water.” She repeated.

Here is the water in the office:

Nick, one of my best friends, my work-husband, is on the Ecuadorian coast working on disaster relief for CRS.  Even though he is far away (2,000 miles or 49 hours by the Panamerican highway) we get to collaborate on a number of projects.

So part of my job really does consist of this: 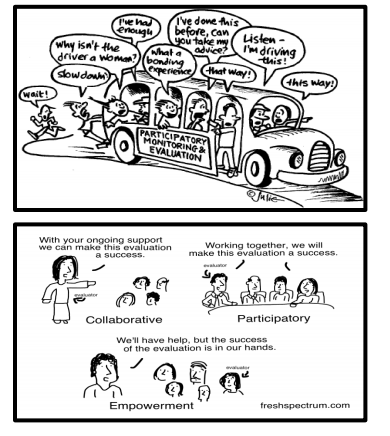 On the last day of Barack Obama’s presidency, I sat cramped in a minibus, one of the hundreds that troll through the streets of La Paz, ferrying people across the enormous city for about 30 cents a trip. There were eight of us in the bus.The driver was speeding. I’ve been in two car accidents, bad accidents, in the last fourteen months. Everyone who has been in a car with me knows how I flinch when cars weave past me, or when a corner is taken too fast.

I was sitting in the back of the minibus with Ivana, the administrative assistant in our office. My head was pressed up against the glass, trying not to look at the street, instead thinking about the Betsy DeVos hearing I just watched.  I read too many articles about the transition team, was feeling my absence from my country at this pivotal moment as a deep ache in the center of my chest.

Ivana, maybe sensing my despair, pulled out her phone and showed me photos of her family: her husband Miguel, her son and daughter, her grandson. She flipped through her phone, showing me pictures of them posed in front of Lago Titicaca, draped in hammocks, diving into swimming pools. Big smiles, arms draped over each other. She kept swiping. Mira: her father’s house. The family at a hotel. Together eating dinner, glasses raised to the camera.

For the first time, I looked around the minibus and saw that everyone else was looking down at tiny, glowing screens in their hands. The mountains of La Paz swirled around us. A thought hit me, like a pinprick of light:

Isn’t this beautiful? Isn’t it beautiful that millions of us carry tiny computers that contain the faces of those we love?

I pulled my phone out. Mira: my mother, cradling my niece in her lap. My father, a cigar in his hand. My brother, my sister-in-law. My friends at graduation: suits, dresses, and mouths open mid laugh.  My friends and family: educators, artists, writers, politicians.

And for a moment, I felt optimistic.